I fly with my heart

On the seventh anniversary of the great musician's death and a well-known Ukrainian scientist, researcher of the national cultural heritage, composer Roman Stelmashchuk (July 2, 1965 - November 19, 2015)

The sun sets, and dark the mountains become,

The little bird hushes, the plain has grown dumb,

The people rejoice that slumber is nearing,

And I look: and I fly with my heart in my dreaming

To a dark orchard in far Ukraina.

...Your Ukraine, Your Shevchenko...

We never talked about it with you, because there was a lot of left unspoken in words-symbols, understandable only to us. Our last symbol with whom I was left alone is the Cross... It happened seven years ago, on the same day, gentle, as now, but cool November days. You suddenly left to the heavens, I stayed in the temporal world. At your funeral, I carried the cross behind your coffin. It seemed to me (for some mysterious whispers or signs) that I will be the next - as one who carries the Cross…

...We didn't talk to you about Shevchenko (as well as about Ukraine) probably because we lived by it, that it was handed down to us or came somehow naturally, from birth. After all, our parents not only respected "Kobzar" and its creator but also told (from memory) his poems to us, their children. They sang folk songs, and respected and loved all archaic Ukrainian customs. Roman, having received these gifts, we easily became the first generations of Independent Ukraine, which we always felt in ourselves. And at the same time, we probably became the last generation that read Shevchenko and with great piety back then, at the turn of the 80s and 90s of the last century, we honored him with Shevchenko evenings. Obviously, we already have intuitively felt and experienced pain, each in his own way.

Yes, we very often communicated with symbols and between them always on in the foreground was this unspoken, but, the main symbol of Your life, deep pietism and respect for everything national, Ukrainian. I remember how at the end of the 1970s, you invited me for the first time to your family residence in Drohobych, on what was then Soviet Street, to show me valuable and a unique historical monument. In a place of honour, in your father's office, in a neat room was a piece of red kytaika, you somehow sincerely, in a brotherly way, but not without pride told me that this is the land of the same red kytaika that in the 1912 year, according to the ancient Cossack custom, was covering the coffin of the great Ukrainian classic Mykola Lysenko.

And he read me this story about a farewell to a genius composer which grew into a real national manifestation with the participation of many delegations from all corners of Ukraine (and the Tsarist Russian Empire, and Austro-Hungarian Empire). In order for the tsar’s police not to confiscate this one priceless relic, a red kytaika, namely the Lviv musical delegation (Ostap Nyzhankivskyi, Filaret Kolessa, Stanislav Liudkevych) took it to Lviv for safekeeping storage of the Higher Music Institute, which later began to bear the name of Lysenko.

With the arrival of the Soviet authorities in Lviv in 1939, the preservation of the kytaika was taken care of by the director of the conservatory, Vasyl Barvinskyi, and after his arrest, by composer Anatolii Kos-Anatolskyi. Since the founding of the Lysenko Museum in Kyiv, a valuable monument was transferred to the newly created exposition, and its two small fragments remained with Kos-Anatolskyi and his younger friend, Stepan Stelmashchuk. 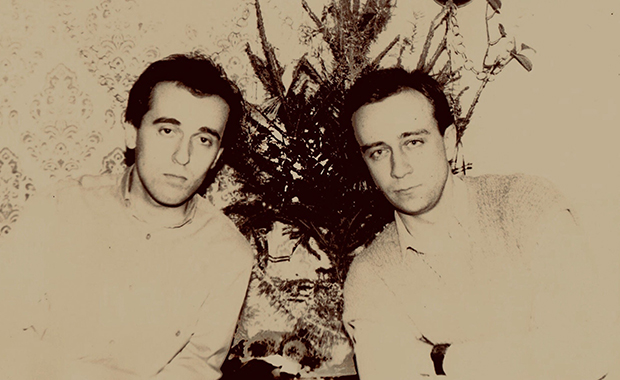 It was during the winter holiday...

...You knew how to generously share your Ukraine: Shevchenko, Lysenko. You were fanatically in love with his music, because almost every day, and for me also, played his works from a multi-volume edition, which was directly composed on Your piano, and also introduced me to the one who did firm our character and formed a life credo. It was during the winter holiday, in our joint first year of the Drohobych musical school. The days were surprisingly frosty and sunny and bright, and the deep clear, sparkling snow simply beckoned with its Christmas magic. You are simple and relaxed said that we should "learn" the paths of Ivan Franko and follow his path between Drohobych (from the old saltworts) and Nahuievychi, whom he used to crush his legs during student youth trips!

It was simply fabulous (probably under the influence of what I read at the time Gogol and his Christmas mysteries) and fantastic, we didn't need to venture into something unknown or perhaps even dangerous. We just gathered in the morning and from my house on Kotsyubinsky, through Horishna Brama, in the direction of Boryslav and Skhidnytsia, we headed through the forest, which he allegedly walked through young Franko from Nahuievychi to the city…

And here in front of us is Franko's estate, valuable relics of his life, and nearby in the forest his paths with the fairy-tale characters of his works. What it was like for us, young people? Romantic, unfathomable happiness to feel this path with your steps, and the main thing is to feel the majesty of Kameniar. And at the end of this amazing day, late at night, when we got home, You pulled out a small collection Franko's poetry ("From the peaks and valleys") and began to read:

The path of life, the dark path

... and continued quietly and excitedly,

Only those who love, tolerate

In whom the blood is alive

In whom hope is still medicine,

Who is still beckoned by the battle?

He is a whole man.

So they went their whole life

You have to be
him for a moment...

We silently promised each other to try to become that "whole man"... Now, Roman, I can say with confidence - You were lucky to be a whole man! Me, too, tried to be him for a moment, next to you… ... You managed to learn (and taught me) to respect talents and empathize with their creativity, sometimes contrary to life circumstances. I remember in those distant times, still in "Soviet" times, at some official concert in the House of Culture (appropriate Soviet patriotic themes and red symbols), You modestly and with a proud slender posture went on stage in an embroidered dress and played "Prelude to the memory of Shevchenko" by Iakiv Stepovyi (Yakymenko), a passionate supporter of the Shevchenko word, a consistent successor of M. Lysenko, a real cultural builder of the new Ukrainian musical culture World War I. Now, this Prelude is in Your masterful orchestration sounds on many stages of the world, praising our Ukraine. 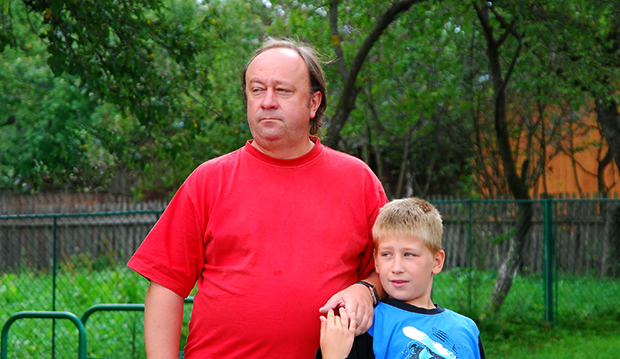 What could your Shevchenko be? What symbol? A symbol of faith struggle, mental restlessness and inexhaustible life force, and most importantly, a symbol of Ukraine, so painfully different for some reason, but so painfully familiar. Shevchenko was not such a symbol for Borys Liatoshynskyi, who wrote his genius piano suite "Shevchenko" in 1942. Being in a forced evacuation (almost like Shevchenko in exile), the composer painfully permeates the melodies of his preludes with moods of longing for being left by Ukraine and unfulfilled dreams of a future happy life in a renewed land. The poetic epigraph of the first prelude of the cycle is lined from Shevchenko's lyrical gem "The sun sets, the mountains turn black", created in Ors fortress, far from his native Ukraine, for which the poet yearns inexpressibly.

It was this prelude that You chose for orchestration (as well as Stepovyi's) and this one Prelude became part of your Shevchenko. As well as a number of selected solos on Shevchenko's texts of yours, Roman, luminaries, Lysenko and Stepovyi, what are you, on my request, selected and processed during 2013-2014 to the 200th anniversary of the birthday of the Great Poet. Subsequently, these works were repeatedly performed in many concert halls of Ukraine in the glorious Shevchenko anniversary year, then the war was just beginning and Shevchenko's words warmed, urged, convinced and led to a new battle. They still sound today, after all, the war continues, and we need this music, we need this word!

I remember now Your "swan song" and Your last speech symbol. After an inspired and successful celebration of the 200th anniversary of Shevchenko, we were preparing for the 200th anniversary of Mykhailo Verbytskyi in 2015... Yes, You were somehow difficult to talk about this topic and with strict responsibility, I took up the work that I asked You a lot about. You doubted all the time and postponed The time for compiling concert programs from works was approaching Verbytsky and that's it, we met after a long summer break. It was in the summer I missed your 50th birthday, and you mysteriously hugged me by the shoulder, calmly and confidently said "it's just starting now, we'll definitely talk about it...". We agreed on a meeting "on Mykhailo’s Day" to catch up celebration of your anniversary, and at the same time, to talk about Verbytskyi's anniversary. You put on my table the score of it, which you had just expertly made "Testament", which became Your unsung song. A day after our meeting, I carried the Cross in front of Your coffin and beyond inexpressible longing and tears Shevchenko's words shocked me:

The sun sets, and dark the mountains become,

The little bird hushes, the plain has grown dumb

You, Roman, fulfilled your short-life mission flawlessly and left a bright mark in history, already noted on the pages of its main text.

What we have left is daily work for the future and faith in Victory!